Why Is Chinese Marketing So Important For My Business?

Welcome to Vancouver: A Diverse City

If you own a business or work in one, you probably know that the majority of your client base is multicultural and consists of different backgrounds and heritages. Heck, even if you’re an everyday resident of Metro Vancouver, you know that you live in an inclusive city. Am I right or am I right? Just take a look around outside … I think I’ve proven my point hehe.

As of 2017, Vancouver is the “most ‘Asian’ city outside of Asia.” That’s a bold statement by the Vancouver Sun, but what exactly does that mean? Well, let’s take a look at some other cities and their facts first. 33% of San Francisco’s residents have Asian backgrounds. That number is 21% for London, England. 35% for Metro Toronto. And 19% for Sydney, Australia. While these percentages seem relatively high, Vancouver tops all of them with a whopping 43% of residents with Asian backgrounds.

If you’re not considering or marketing towards your Asian audience, you’ve just lost 43% of your potential customers. Just like that. In Vancouver alone, the population of Chinese residents was 499,175 in 2016. Those with the Chinese languages as their mother tongue were 385,355. In 2018, those numbers have exponentially grown, giving way for a bigger Chinese market to expose your offering to. Considering the vast number of Chinese residents living in Vancouver, it’s unmistakeably important for your business to engage in this niche form of marketing.

Why You Should Invest in Chinese Marketing

So, why is Chinese marketing important for your business? Why should your business focus and engage in it? Well for starters, it’s different than traditional marketing. The format, the style, the message, and obviously, the language is also different. Have you ever seen an ad (or anything for that matter) that doesn’t exactly speak to you or maybe even confuses you? Yup, we’ve all been there, and on the business end, you definitely don’t want your audience to ever feel that way. But by catering your marketing strategies with niche segments, you connect and relate with them on a more personal level. With this, your business resonates with your audience stronger and longer. And who wouldn’t want that? 😌

Another reason? It’s all in the facts and numbers. The sheer amount of individuals living in Vancouver who are Chinese and/or speak Chinese languages are substantial enough that it could actually be detrimental for your business to ignore this market. By ignoring the Chinese market, you are literally crossing off (probably!) millions in profit that could be expended by this segment. And we’re not even accounting for those who live around the world and in China who your business could also be reaching! Speaking of which …

Without a doubt, China is a big player in the global market, if not one of the biggest. In fact, they are the world’s number one trading nation and manufacturer by output. Their GDP growth rate over the past three decades has consistently exceeded 7%. Their household incomes are increasing, with more than 300 million citizens considered middle class. Just to list a few as there are many more facts than we have time for. And with such a big player, their social and economic prowess is transforming businesses. Because of this, you want to make sure that your business jumps on board too before it’s too late. And hey, you don’t ever want to be the last player in the game 😳.

If you were debating before whether to invest in Chinese marketing, I hope you’re debating no more. I mean, all of the reasons point towards a yes, so why not? In fact, it will probably be one of the best decisions you’ve made for business. You can thank me later 😜. 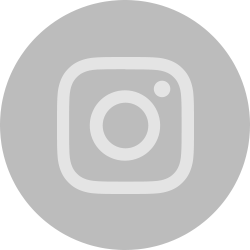